Why should we show rather than tell?

Humans are wired for images. The most effective brands leverage this. 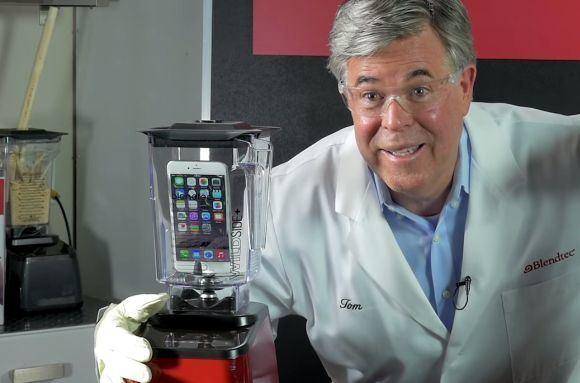 Look away. Then answer for yourself which of the two better captured your attention and memory: the words or the photo?

The Blendtec blender could have been just another blender in a sea of utilitarian kitchen gadgets. But its inventor, Tom Dickson, used imagery to capture attention and persuade. Blendtec’s promise is “super-powerful blending,” and Dickson showed, rather than told of, that promise being delivered. Dressed as a mad scientist, Dickson filmed himself challenging his Blendtec to blend shockingly difficult objects, such as marbles and iPhones. He did not need to say “super-powerful blending” because the viewer sees the power without words. The original “Will It Blend?” video so captured our attention that it went viral before “going viral” was a thing.

3 Reasons to Use Images in Your Brand

Imagery rules. At a neurological and emotional level, it crushes in effectiveness even when compared to excellent copy. This is because images feed our brains the way that our brains are designed to consume. Storytelling through imagery is a brand’s superhighway to persuasion and recall.

The Evolutionary Perspective and the “Pictoral Superiority Effect”

Imagery is significantly more successful at gaining the attention and memory of our audience. It turns out that neurologists have been studying and quantifying this effect for more than a hundred years, and they have a name for it: the “pictorial superiority effect.”

Think about visual imagery from an evolutionary perspective. We humans have spent most of our species’ history on the savannah. In the early years, our job was to discern stimuli, avoid the ones that posed threats (a lion’s subtle movement from the distance), and approach the ones that would sustain us with life (prey, water sources, reproductive opportunities).

We modern humans have the same hardware now as during paleolithic times – brains evolved to ensure we avoid threat and approach survival-sustaining activities.

Text is recent to our species. While our brains are fast and reliable with imagery, having honed the ability over millennia, we are slow and unreliable with the written word. Text did not help us avoid threats, gain food or approach mates until very recently, so survival did not optimize us for text.

No Such Thing as Text

Furthermore, we now know from neurological examination that, according to our brains, there is no such thing as text. Text is just tons of tiny little pictures that our brains (sloooowwwwly) decode. Text perception is slow because our brain doesn’t see words. It sees pictures, which it translates into other pictures. As John Medina writes in Brain Rules, “Reading creates a bottleneck in comprehension. To our cortex, surprisingly, there is no such thing as words.”

Use Neurology to Connect with Your Audience

How can we, as marketers and leaders and business owners, make use of this insight?

First, favor imagery over copy. Don’t let imagery be an afterthought. It works harder, faster, and more successfully than even the best copy. So use that power! Give at least as much thought to the visual imagery you choose as you do to copy. I’ve seen websites with punchy, clever copy coupled with stale stock photos. Invest in original, on-brand imagery. If you have to choose between imagery excellence and copy excellence, choose excellent imagery.

Now that you know how vital imagery is to brand, you’ll start to notice it everywhere. Here are a few classic and contemporary examples to get you started:

When you tell stories to build your brand, don’t get so enamored by your witty copy that you lose the opportunity to communicate through imagery. Using imagery respects and accommodates the neurological hardware of your audience. Harness this, and your story will be better grasped, liked and remembered.

Looking to improve your business through brand strategy?

What’s so powerful about storytelling?

What's the #1 thing you're probably forgetting in your brand positioning?

Brand vs. branding – why does the difference matter?

What does it mean to do marketing with a capital M?

Why do we buy, and what does that mean for brands?

Is brand strategy a creative or a logical exercise?

What is the hardest thing about brand strategy?

Why I Wrote a Book About Brand

How does defining my brand make me money?

Be the first to read Lindsay’s brand strategy insights.

Enjoy a master class in brand, including real-world dos and don’ts, with Lindsay’s White Papers.

Get Lindsay’s take on business growth and brand strategy.